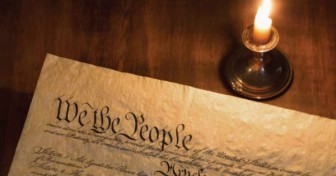 “The essence of our concern and why Oklahoma defeated the Article V convention this year [was] that this would be a runaway convention.”

The quote above by Oklahoma State Representative Mike Ritze is from that video. It is featured in this article to emphasize that the enduring reason given by state legislators for rejecting Article V convention applications is their concern that such a convention would become a runaway convention.

What Is an Article V Convention?

In either of the two methods for proposing amendments, Congress has the option of sending the proposed amendments to either the state legislatures or to special state conventions for ratification.

Drawbacks to Amending the Constitution

During the entire 227 years since the Constitution went into effect, 27 amendments have been added via the congressional method and none by the convention method. The first 10 of those amendments are known as the Bill of Rights. Of the other 17 amendments, several are widely regarded by constitutionalists as disasters. For example, the 16th Amendment (1913), supported by the progressives, enabled the federal government to tax personal incomes directly and has led to the present-day tyrannical IRS. As another example, the 17th Amendment (1913), also supported by progressives, brought about the direct election of senators to Congress in place of the original appointment of senators by state legislatures. Present-day constitutionalists see the 17th Amendment as very damaging to the original constitutional balance of powers between the state and federal governments.

The 16th and 17th Amendments are revealing examples of just how easily the Constitution can be damaged and just how bad the results can be from seemingly benign amendments.

Read the full article at TheNewAmerican.com