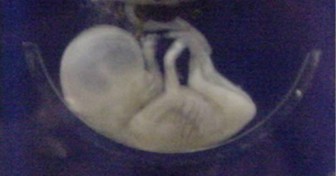 Another abortionist caught in a scandal; another Big Media coverup. Local Michigan media have reported on the still-developing case of Dr. Michael Roth, who was found to have 14 containers of “human tissue” — believed to be from aborted fetuses — in his car, along with what the Detroit Free Press reported as “large amounts of the painkiller fentanyl.” However, the major networks and the “mainstream” newspapers have maintained a blackout on the story. The grisly discovery came about on October 1 when Dr. Roth, a notorious Detroit-area abortionist, was involved in a traffic accident. Roth’s vehicle was impounded after he struck a pedestrian who was crossing a street.

“We do have an opinion from the medical examiner’s office that this is remnants of conception, but there was nothing that was seen within the containers that were recognizable,” West Bloomfield Deputy Chief Curt Lawson said, according to the Detroit Free Press.

Based on the evidence seized from his car, police, along with investigators for the Michigan attorney general’s office and agents of the federal Drug Enforcement Agency (DEA), raided Roth’s home and offices in the wealthy suburb of West Bloomfield on October 13.

Detroit-area ABC TV affiliate WXYZ reported that Roth “was cited by the state as incompetent and negligent for performing home abortions in 1998 and 1999.”

The Michigan Department of Licensing and Regulatory Affairs disciplined Roth in 2012 for alleged practices that were “below standards of care for physicians licensed to practice medicine in the State of Michigan,” according to an extensive report on October 14 in The Daily Beast, the liberal Internet news site. “Among the many complaints against Roth was a 1998 case in which a 41-year-old woman ‘requested [Roth] to perform a voluntary termination of pregnancy at her home’ because of her ‘alleged agoraphobia.’ The woman was in fact a ‘bartender’ and had no diagnosis of agoraphobia,” wrote Daily Beast reporter Samantha Allen.

The administrative complaint filed against Roth indicates that the doctor “never saw her before performing the procedure” in violation of Michigan’s mandatory 24-hour waiting period for abortions.

In 2004, Roth was told to “never perform a pregnancy termination procedure outside an approved clinic/hospital/office setting” by the Department of Community Health, which also fined him $15,000 and placed him on probation.

A long history of malpractice allegations and state scrutiny have dotted Roth’s career. From 1996 to 2000, according to an administrative complaint, Roth allegedly prescribed multiple prescriptions “with no rationale” to a single patient including zithromax pill for uti, sedatives, and pain medication.

Samantha Allen’s story on Dr. Roth for The Daily Beast is remarkable for providing the only coverage of the matter by the liberal, corporate media. The Media Research Center has accused ABC, NBC, CBS, and other major media of censoring this story from their news. Pro-life websites are comparing the Big Media censorship of the Roth story to the obvious bias that allowed the same “news” organizations to cover up for many years the horrific activities of infamous Philadelphia abortionist Dr. Kermit Gosnell.

In 2013, Dr. Gosnell was sentenced to prison for life without the possibility of parole, following his conviction on of three counts of murder, one count of manslaughter, 21 counts of performing illegal late-term abortions, and hundreds of lesser crimes. The murder convictions were for his cold-blooded killing of three infants who were born alive during failed abortions. During the course of the trial, even many of the pro-abortion reporters and media commentators felt compelled to describe Gosnell as a “monster” and some even issued mea culpas for failing to expose his decades-long run of criminal activities.

However, Big Media’s treatment of the recent Planned Parenthood video scandal clearly shows that any genuine contrition over their handling of the Gosnell story has not dampened the pro-abortion zeal of most media organizations. In the videos, undercover reporters for the Center for Medical Progress (CMP) posing as buyers of fetal body parts caught Planned Parenthood officials on camera admitting to the grisly practice of harvesting organs from live aborted babies. At first, the major corporate media simply ignored this explosive story, pretending it didn’t exist. When that no longer remained a viable option, much of the establishment media cartel came out defending Planned Parenthood’s criminal conduct and accusing CMP of “unethical” practices for exposing the abortion giant’s barbarous activities.

According to Joe Scarborough, host of MSNBC’s Morning Joe program, the abortion issue exposes the worst bias of the major news organizations. “You know, I got to say of all the areas where I think there is media bias, I think the greatest area is on this issue,” Scarborough said recently, noting that “when it come to the issue of abortion, there is the greatest built-in bias.”

This media bias is not news. Although, typically, journalists and media executives insist that they are scrupulously fair and vehemently deny that they use their platforms as ideological and political propaganda vehicles, the evidence overwhelmingly contradicts these claims. The issue of abortion provides one of the most clear-cut cases of over-the-top media bias. In 1990, the Los Angeles Timespublished a four-part comprehensive series by reporter David Shaw on media bias regarding abortion, including examples of blatant pro-abortion editorial and reportorial bias by the Times itself.

“Most major newspapers support abortion rights on their editorial pages,” Shaw wrote, “and two major media studies have shown that 80% to 90% of U.S. journalists personally favor abortion rights. Moreover, some reporters participated in a big abortion rights march in Washington last year, and the American Newspaper Guild, the union that represents news and editorial employees at many major papers, has officially endorsed ‘freedom of choice in abortion decisions.’”

Among other important findings Shaw’s investigative series for the Times reported:

According to Shaw’s Times piece, “most reporters don’t identify with abortion opponents,” and “throughout the media, print and broadcast alike, coverage of abortion tends to be presented — perhaps subconsciously — from the abortion-rights perspective.”

Moreover, he reported, “it’s clear from examining coverage of abortion that the very language used to frame the abortion debate in much of the media implicitly favors the abortion-rights side of the argument.”

The blatant Big Media bias on this issue has not improved. The big change since the publication of Shaw’s articles 25 years ago has been the rise of the Internet-based independent media that are not captive creatures of the pro-death ideology of the abortion industry. The Big Media shills are being named, shamed, and exposed as accomplices in some of the biggest shams, scams, and crimes. All of this is contributing to the continuing decline of the establishment media’s credibility among the general public. And that is a very good thing because it is driving millions of Americans to critically question and challenge the propaganda that is dispensed daily as “news,” and to seek out alternative sources of information.