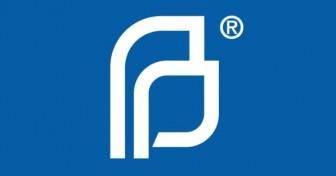 Months after undercover videos revealed that Planned Parenthood has been profiting from fetal organ harvesting, Planned Parenthood has announced that it will no longer accept payment to cover the costs associated with its participation in fetal tissue research programs. The announcement follows months of public outcry against the institution and numerous efforts by congressional Republicans to cut federal funding of the pro-abortion organization. But for some critics, the announcement is merely Planned Parenthood’s latest “nothing to see here” move.

The organization is now stating, however, that it will no longer accept any funding for its donated tissue.

NBC News reports that Richards outlined the new policy in a letter sent to Dr. Francis Collins, director of the National Institutes of Health, on Tuesday. “In order to completely debunk the disingenuous argument that our opponents have been using — and to reveal the true political purpose of these attacks — our federation has decided, going forward, that any Planned Parenthood health center that is involved in donating tissue after an abortion for medical research will follow the model already in place at one of our two affiliates currently facilitating donations for fetal tissue research,” Richards wrote.

“That affiliate accepts no reimbursement for its reasonable expenses — even though reimbursement is fully permitted under the 1993 law,” Richards continued. “Going forward, all of our health centers will follow the same policy, even if it means they will not recover reimbursements permitted by the 1993 law.”

Richards states that while the organization’s receipt of compensation for the tissue specimens was “fully legal, appropriate and common among health care providers,” the organization will cover its own costs involved with the donations.

Richards reiterated claims that the organization has made since the release of the undercover videos by the Center for Medical Progress: that the videos were deceptively altered in an effort to advance an agenda.

CMP’s released tapes included secretly recorded comments from executives of Planned Parenthood and StemExpress, undercover footage from clinics — including footage of fetal tissue being handled by workers, footage of fetal tissue from aborted pregnancies, and on-camera interviews with Holly O’Donnell, a former StemExpress procurement technician. The damning videos featured Planned Parenthood officials admitting to altering abortion procedures to procure fetal tissue, as well as selling fetal tissue for profit. Another video also revealed that StemExpress did not always obtain consent from mothers to use their fetal tissue, a practice that Fox News notes would be “a serious ethical breach.”

In addition to the legal questions the videos raised, many critics criticized the barbarity of the fetal organ harvesting industry that the video footage captured.

In a video released on August 19, for example, O’Donnell, recalls encountering “fetuses” that still had beating hearts. The former technician went on to describe how her supervisor so callously referred to the beating heart of a gestated fetus as “cool.”

Still, Richards contends that the CMP released the videos as part of an insidious agenda against Planned Parenthood, one that will be exposed by the organization’s decision to no longer accept funds for donated fetal tissue. “This new policy removes beyond the shadow of a doubt the ludicrous idea that Planned Parenthood has any financial interest in tissue donation — and shows the real agenda behind these attacks,” Richards wrote.

“The real goal of these extremists has nothing to do with our fetal tissue donation compliance process but is instead to ban abortion in the U.S. and block women from getting any health care from Planned Parenthood,” Richards asserts. “Today, we’re taking their smokescreen away.”

Despite the rhetoric, however, Live Action News contends that Richards’ letter is nothing more than a masked effort to provoke Congress to cease all investigations of the organization.

“It appears from Ms. Richards’ letter that the hope is that investigations of the organization will cease, depiste the video evidence  — now in the hands of Congress — showing the clear breaking of federal law, which warrants action,” Live Action News writes.

Live Action News cites a statement made by Representative Elijah Cummings (D-Md.), a Planned Parenthood supporter, in which he notes that the new policy “eliminates any remaining argument by opponents,” as further evidence that the policy change is simply a veiled attempt to convince opponents that an investigation is no longer necessary.

But as observed by The Hill, it is seemingly too late for that. The videos have already “prompted investigations by four congressional committees,” as well as the creation of a special investigative panel armed with its own staff and budget. The panel will have the power to obtain documents and testimony to determine if a criminal case is necessary.

What’s more, a federal judge issued a ruling on Tuesday that will allow the Center for Medical Progress to respond to a congressional subpoena to release all its videos on Planned Parenthood, despite suspicious efforts by the National Abortion Federation to stop CMP from doing so.

In the ruling, Federal Judge William H. Orrick indicates that the National Abortion Federation had asked him to interfere with CMP’s response to a congressional subpoena:

Plaintiff National Abortion Federation (NAF) urges me to interfere with defendant Center for Medical Progress’s (CMP) response to a Congressional subpoena that seeks documents that CMP has indicated are covered by the Temporary Restraining Order entered by this Court. NAF makes no argument that the subpoena itself is infirm.

Congress has the power to investigate, and it is not up to the courts to go beyond the narrow confines of determining that the committee’s inquiry is in its province.

Orrick wrote, however, that the constitutional system and past precedent prevent him from interfering.

Judge Orrick asked CMP to deliver to counsel for the NAF and to the court “a true and correct copy of everything defendant will provide to Congress, including all video footage, documents and communications described in the subpoena” prior to responding to the subpoena.

If Planned Parenthood does in fact have something to hide, raw video footage should put a lie to its claims of video tampering.