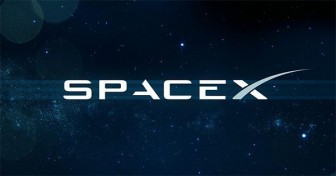 SpaceX, which has offices, R&D facilities and launch facilities scattered around Texas, announced two new orders for Falcon 9 and Falcon Heavy launch vehicles.  The contracts include launch of a communications satellite for HISPASAT on a Falcon 9 and launch of the Saudi Arabian Arabsat 6A communications satellite on a Falcon Heavy.

We are pleased to add these additional launches to our manifest. The diversity of our missions and customers represents a strong endorsement of our capabilities and reflects SpaceX’s efforts to provide a breadth of launch services to our growing customer base.

The above missions are expected to launch from Cape Canaveral Air Force Station in Florida between late-2017 and 2018.  With these additions, SpaceX currently has over 60 missions on manifest representing over $7 billion under contract.

SpaceX designs, manufactures, and launches the world’s most advanced rockets and spacecraft. The company was founded in 2002 by Elon Musk to revolutionize space transportation, with the ultimate goal of enabling people to live on other planets. Today, SpaceX is advancing the boundaries of space technology through its Falcon launch vehicles and Dragon spacecraft. SpaceX is a private company owned by management and employees, with minority investments from Founders Fund, Draper Fisher Jurvetson, Valor Equity Partners, Google and Fidelity. The company has more than 4,000 employees in California, Texas, Washington, D.C., Washington State and Florida. For more information, visit www.spacex.com.