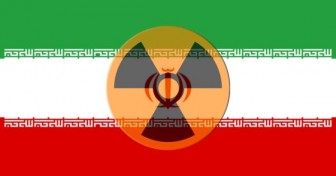 Mr Obama has sought to manipulate Congress by taking the deal to the UN Security Council for approval before Congress has completed reviewing it.
http://foreignpolicy.com/2015/07/15/obama-turns-to-u-n-to-outmaneuver-congress-iran-nuclear-deal/

Mr Obama has openly admitted that Iran is a sponsor of terrorism and terrorist groups saying, “Iran is a state sponsor of terrorism. It helps prop up the Assad regime in Syria. It supports Hezbollah in Lebanon and Hamas in the Gaza Strip. It aids the Houthi rebels in Yemen. So countries in the region are right to be deeply concerned about Iran’s activities, especially its support for violent proxies inside the borders of other nations”.
http://www.businessinsider.com/obama-iran-is-a-state-sponsor-of-terrorism-2015-5

Iran’s supreme leader Ayatollah Ali Khamenei has admitted that Iran will continue supporting terrorists saying, “Whether the deal is approved or disapproved, we will never stop supporting our friends in the region and the people of Palestine, Yemen, Syria, Iraq, Bahrain and Lebanon. Even after this deal our policy toward the arrogant U.S. will not change”.
http://www.nbcnews.com/storyline/iran-nuclear-talks/irans-ayatollah-ali-khamenei-vows-opposition-u-s-despite-nuke-n394326

At the same time Mr Khamenei praised the crowd for shouting “Death to America” and “Death to Israel”.
http://www.thetower.org/3221-irans-supreme-leader-praises-calls-for-death-of-u-s-israel/ See also http://www.timesofisrael.com/khamenei-calls-death-to-america-as-kerry-hails-progress-on-nuke-deal/

Mr Khamenei has also openly stated that Israel should be annihilated.
http://www.slate.com/blogs/the_slatest/2014/11/09/iran_s_khamenei_israel_must_be_annihilated.html

According to Iran’s Deputy Foreign Minister Abbas Araqchi,  Iran is not legally bound by the agreement which is “a set of voluntary actions”
http://eaworldview.com/2015/08/iran-daily-government-no-parliamentary-approval-needed-for-nuclear-deal/

Iran’s foreign minister has said that once sanctions are lifted and business and trade resumed it will be difficult to restore sanctions should Iran chose to ignore the agreement saying, “swarming of business for reinvesting their money is the biggest barrier for such an action”.
http://www.latimes.com/world/middleeast/la-fg-iran-sanctions-zarif-20150721-story.html

Iran will inspect its own site (kind like letting the fox guard the chicken coop isn’t it?)
http://www.nytimes.com/2015/08/22/world/middleeast/prospect-of-self-inspections-by-iran-feeds-opposition-to-nuclear-deal.html?_r=0 and http://abcnews.go.com/International/wireStory/ap-exclusive-iran-inspect-alleged-nuke-work-site-33182400

There is legal precedent for Congress to act by rejecting this deal.
http://www.thetower.org/2330-legal-scholar-over-200-previous-treaties-have-been-renegotiated-the-iran-deal-should-be-too/

Mr Obama has said that this deal only delays Iran’s acquisition of nuclear weapons.
http://www.foxnews.com/politics/2015/04/07/obama-iran-nuclear-deal-breakout-time-year-13-israel/

In view of the above you may want to consider contacting your senators and representatives and ask them to reject this “deal”.