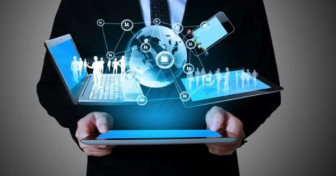 It seems more and more people are beginning to realize that privacy is eroding — and that it matters.

Late last month, several media sources reported the story of a teenager in Issaquah, Washington, who became so concerned about her mother’s new Amazon Echo and its ability to listen in on all conversations in the living room that she removed it and hid it from her mother. Aanya Nigam, 16, is like many teenagers today. She has a plethora of social media accounts and shares information using those platforms. But she says she chooses what to share and what not to share. The Amazon Echo is an “Internet of things” device that listens in and activates via certain commands. Because it is always waiting for those commands, Aanya realized it is always listening. That was too much for her.

Her mother described Aanya’s reaction by remarking, “I guess there is a difference between deciding to share something and having something captured by something that you don’t know when it’s listening,” reported the New York Post.

According to Amazon, the device “is designed around your voice. It’s hands-free and always on. With seven microphones and beam-forming technology, Echo can hear you from across the room — even while music is playing. Echo is also an expertly tuned speaker that can fill any room with immersive sound.”

OK, so it looks as though Aanya is on to something here. Any way you look at this, it’s creepy. People are buying these devices and actually bugging their own living rooms, bedrooms, dining rooms, and other rooms for the sake of convenient entertainment. And what’s more, Amazon says the device is “ever-evolving”: “Alexa — the brain behind Echo — is built in the cloud, so it is always getting smarter. The more you use Echo, the more it adapts to your speech patterns, vocabulary, and personal preferences. And because Echo is always connected, updates are delivered automatically.”

So, was Aanya’s decision to hide the device and keep her mother from using it reasonable? While some may think she went too far, this writer is not sure she has gone far enough. The Echo is simply the most recent (though certainly not the most egregious) example of the myriad of ways the Internet is used to spy on ordinary people living ordinary lives. Back in February, The New American reported on the ability of smart TVs to do the same type of spying. In the case of the TVs, though, it is even worse, because many of them also have a built-in camera.

Many users of the Chrome web browser were unaware that it was turning their computers into “always-on listening devices” via the “Google Now” feature which was built in and turned on by default. What made this even worse was that Chrome is built on the open source “Chromium” platform and the intentional spyware was written into the open source code as well. Because the open source community is so privacy conscious, the backlash was severe. Almost as soon as it was reported that Chrome was always listening in,Google removed the “Google Now” feature from both Chomium and Chrome. It is now available from the Chrome Web Store. Downloading and installing the add-on may make your browser more convenient; it will certainly make it less secure, as it allows Google an easier path to spying on you.

With smart phones, smart TVs, wearables, browser apps, and a myriad of other devices in people’s homes and cars delivering greater ease and convenience without ever a mention of the surveillance that comes with the bargain, it is little wonder privacy is eroding. This writer is not advocating that people refrain from using any of these devices or services, but rather that they think about each of them from a security perspective. Knowledge is the key to using Internet-connected devices. People should do their own research on how to disable these features that threaten privacy.

Just be sure not to Google it.