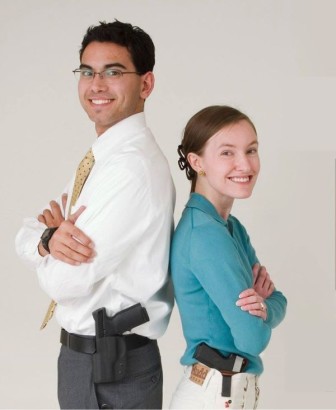 With passage of a bill allowing open carry by the Texas House of Representatives on Friday, 96-35, Texas will shortly join the lengthening list of states allowing its citizens to do so, while reducing to just five those states that don’t.

Representative Larry Phillips declared, “It’s time to go ahead and take this next step. It’s time to join the ranks of states like Massachusetts … and allow our citizens to [enjoy] this right.”

An amendment to that bill allowing “campus carry” almost made it, but was withdrawn to be offered separately. Campus carry would allow those with concealed handgun permits to carry on state campuses, putting an end to “gun-free zones.” Representative Allen Fletcher, who wrote the campus carry bill, told the Wall Street Journal that “the most dangerous place in the country is a gun-free zone.” This echoes Massad Ayoob, internationally known firearms instructor and expert witness, who has observed, “A gun-free zone is just a hunting preserve for psychopaths who hunt humans.”

Fletcher pulled his bill to hasten the open carry bill’s passage in the House. If his bill passes later, it would put Texas among eight states that allow campus carry.

If John Lott, author of More Guns, Less Crime, is right, the violent crime rate in Texas should fall even further, perhaps matching rates seen in other open carry states such as Montana, Idaho, Kentucky, Wyoming, New Hampshire, Virginia, Maine, and Vermont, where violent crime rates are half of what they are in Texas. At present more than 840,000 Texans carry concealed (about five percent of Texans who are 21 years or older), and when Abbot signs the bill into law (to be effective in 2016), that number is likely to expand, causing the violent crime rate in the Lone Star State to shrink further.

It would have happened sooner except for recalcitrant and obstructive anti-gun Senate Democrats who kept legislation such as this from coming to the floor for a vote. But the pendulum swung in favor of common sense when the Texas Senate voted earlier this year to overturn a long-standing procedural rule that had required two-thirds of senators to vote for a bill to be debated on the floor. This rule had allowed the Democratic minority to block gun legislation such as this. When the Senate changed the rule to require only a three-fifths majority to secure a floor vote, then the people’s voices were heard, and the bill passed the Senate, 20-11.

Once the law takes effect, it will be one more victory for the Second Amendment in the long war against guns — which at present seems clearly to be favoring freedom over serfdom.

A graduate of an Ivy League school and a former investment advisor, Bob is a regular contributor to The New American magazine and blogs frequently at LightFromTheRight.com, primarily on economics and politics.