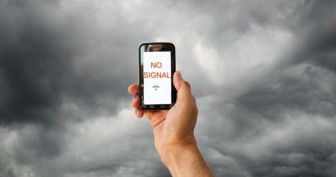 The U.S. Court of Appeals for the District of Columbia Circuit is questioning the Department of Homeland Security’s decision to keep secret its plan to shut down mobile phone service during “critical emergencies.” The court originally sided with the federal government that the plan should not be disclosed under a Freedom of Information Act request, but has since revisited the ruling and has ordered the DHS to explain the secrecy.

According to Ars Technica, the Department of Homeland Security plan, known as Standing Operating Procedure 303, was created after mobile phones were used to detonate explosives in London.

Court documents explain that SOP 303 is a “unified voluntary process for the orderly shut-down and restoration of wireless devices during critical emergencies such as the threat of radio-activated improvised explosive devices.”

While there has been no documented instance of the Department of Homeland Security invoking SOP 303, the telecommunication companies have agreed to stop service if SOP 303 is invoked.

As noted by The Blaze, outside groups have been requesting information about SOP 303 for years. The Electronic Privacy Information Center (EPIC) became particularly interested in SOP 303 in 2011, when officials attempted to stop a protest by shutting down cellular phone service near a San Francisco subway station. Likewise, Bay Area Rapid Transit shut down a portion of its train service during the same period. Following that incident, the Electronic Privacy Information Center filed a Freedom of Information Act request asking the federal government to disclose the federal document that granted the DHS the authority to enact SOP 303. The government agreed to the request, but redacted much of the document.

On February 27, 2013 EPIC filed suit against the federal government asserting that it violated FOIA laws, and asked for the release of SOP 303 in its entirety. EPIC won the lawsuit, but the government appealed the decision and won. The court had determined that a FOIA exemption applies if the government determines that releasing the information “could reasonably be expected to endanger the life or physical safety of an individual.”

EPIC petitioned for a rehearing, asserting that the appellate court’s ruling “created a catch-all provision that would allow federal agencies to routinely withhold records subject to disclosure where the agency merely asserts a speculative security risk.” EPIC asked the court to revisit its ruling en banc, that is, with all the justices of the court instead of the typical three-justice panel. EPIC argued that the decision, “if left in place, would create an untethered ‘national security’ exemption” in FOIA law.

“The Freedom of Information Act is a disclosure statute, not a withholding statute. Congress enacted the FOIA in order to overhaul the public information provisions of the Administrative Procedures Act, and to ‘permit access to official information long shielded unnecessarily from public view,’” EPIC’s petition states.

The Court of appeals agreed, and ordered the government to respond. According to the order, the Department of Homeland Security has 15 days from the date of the April 3 order to respond to the petition.