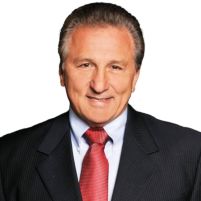 Yes, it might be a bit too soon to worry about the 2016 presidential race but we need to think about this for sure. In addition, we should reflect on what has transpired in the recent primary contests around the country. Virginia, Mississippi, and more.

This also applies to all of our elected reps and senators, new and old, to remind them to truly stand up and fight rather than talk the fluffy patriotic lingo to appeal to us, rather than attack the problem.

It doesn’t matter that you can quote the founding fathers, ONLY that you can match their resolve and turn this ship of state around!

Here is some food for thought:

Don’t fall for the “Electable” mantra when the Democrats and main stream media call Cruz “too right-wing to be elected. They are telling us who they do not want to run.

Mitt Romney: Mitt is a very good person but he will not be the one with the passion and nerve to solve the multiple problems America is experiencing now due to the current Marxist administration.

Obama has decided to ignore any criticism of him and he has all the Democrats, and the Democrats in Media, chiming in and defending every illegal act or unconstitutional transgression.

So to say that a nice guy like Mitt is going to be mean and leather backed enough to take the political blows and keep on ticking is asking too much from a person who has never had any reason to get mad in the past. A man can not learn to throw a punch his first time in the ring. But a Street fighter already knows how, just needs to learn to organize his punches.

Chris Christie: First of all, he is a union loving compromiser not willing to fight the necessary fight. Christie would not even join the Supreme Court fight against Obamacare. So why would we think a new set of words from his mouth would change anything? It wouldn’t. He also took the Medicaid money that will saddle his state for years to come. He is a better Democrat than Republican. PLUS the left likes him so that alone disqualifies him.

Jeb Bush: Sorry folks, I am all Bushed out. Plus there is no hard core conservative gene pool in this family. The presidency is not a family asset that can be passed down.

TED CRUZ: Now, people say, “Ted Cruz is too right wing to get elected”. Well he is no more right wing than most American citizens. He is articulate, educated, energetic, forceful and has tenacity.

And Cruz believes in America and our Constitution. Yeah, right wing?

Cruz will fire up the masses like Reagan did. There are so many voters who have stayed home because of people like Romney and McCain. The only thing that saved McCain from a total rout was Sarah Palin.

Cruz was on his HS Debate team. He memorized the US Constitution and along with his debate team they wrote it on a board from memory, at a debate to prove the point.

Another positive indicator for Cruz is that John McCain hates him and the media and the left hate him! What a bonus!

All that aside, we need an articulate debater who will look powerful, knowledgeable and unflappable to the TV viewers during the back and forth. We also need to have the GOP demand that we have NO MORE Candy Crowley type moderators. (And definitely not O’Reilly!)

I will follow up later but we need a “FIRE HOSE” in office not a garden hose to put out the Burning of our Constitution and eliminate the 42 Czars, plus fire any bureaucrats who were hired during Obama’s time in office.

We need a president who will be willing to REVERSE what Obama has done not only with his executive orders but with his federal agency hiring to stuff the EPA, Dept of Interior, Fish and Wildlife, Homeland Security, HHS and more with his “fellow travelers”. Doing all this while letting the media flack roll off his back.

A new conservative President will need the support and backing of his Republican Congressmen and Senators to accomplish this. For Texas and a Ted Cruz Presidency, this means electing an equal replacement here in Texas, who will be a “Mini Ted” in his place.

If we do not get a president willing to reverse 100% of what Obama has done to America, without compromise, then we will just be managing our own demise but with a Republican in the White house to oversee it.

Don’t fall for the “Electable” mantra. That is just the left’s way to eliminate the real competition.