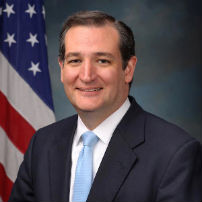 Press Release: U.S. Sen. Ted Cruz, R-Texas, issued the following letter to the Bureau of Land Management asking the agency to respond to concerns raised by Texas Attorney General Greg Abbott about the Red River Boundary Compact and associated lands. View the letter here (PDF) and the text below.

In a letter dated April 22nd, 2014, the Attorney General of Texas Greg Abbott asked for responses to five specific inquiries regarding Bureau of Land Management land claims along the Red River.

These concerns were prompted by reports from BLM field hearings that the federal government may claim up to 90,000 acres of land along the Red River.

General Abbott issued a letter to BLM asking for the following concerns to be addressed, in writing. I also would like BLM to respond to these requests.

1. Please delineate with specificity each of the steps for the RMP/EIS process for property along the Red River.

2. Please describe the procedural due process the BLM will afford to Texans whose property may be claimed by the federal government.

3. Please confirm whether the BLM agrees that, from 1923 until the ratification of the Red River Boundary Compact, the boundary between Texas and Oklahoma was the gradient line of the south bank of the Red River. To the extent the BLM does not agree, please provide legal analysis supporting the BLM’s position.

4. Please confirm whether the BLM still considers Congress’ ratification of the Red River Boundary Compact as determinative of its interest in land along the Red River. To the extent the BLM does not agree, please provide legal analysis supporting the BLM’s new position.

5. Please delineate with specificity the amount of Texas territory that would be impacted by the BLM’s decision to claim this private land as the property of the federal government.

Though BLM issued a statement from April 23, 2014 in which the agency states that: “BLM is categorically not expanding Federal holdings along the Red River,” this response does not answer General Abbott’s concerns. In addition, BLM’s statement does not address whether the agency takes the position that the 90,000 acres of land in question along the Red River is already BLM land, which would make the agency’s “categorical denial” an act of deceptive sophistry.

Therefore, I would like to make an additional inquiry:

6. Please confirm that BLM does not take the position that it has rights to ownership or control of any of the 90,000 acres of land along the Red River that are at the center of this controversy or similarly situated land. If it claims any such rights, please identify with specificity the acreage, location and legal basis for claiming those rights.

If BLM indeed does not intend to claim any land which it does not already administer along the Red River, the answers to these questions should be quite straightforward.

I ask that you or your staff respond in writing to General Abbott and me, answering our questions directly and specifically, as soon as possible.